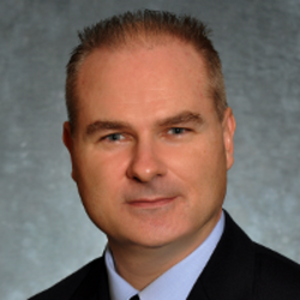 Marc Lijour is the Vice-President leading Capacity and Innovation Readiness initiatives at the Information and Communications Technology Council (ICTC). Marc started his career in the education sector before joining leading IT companies such as Cisco Systems and ConsenSys. He is teaching blockchain at George Brown College, and he is one of the organizers of the DeFi Toronto Meetup. 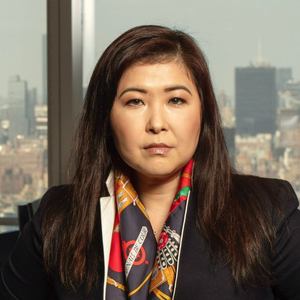 Sandra is a proponent for 'human-centric tech'. From investment banking to blockchain technology, she is an early investor of crypto and digital assets. Sandra is CEO of the Global Blockchain Business Council, a leading Swiss-based not-for-profit association. She serves as Board Director of various private and public sector institutions. 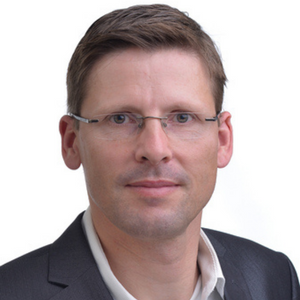 Prof. Dr. Tim Weingärtner is a lecturer at the School of Computer Science and Information Technology at the Lucerne University of Applied Sciences and Arts, Switzerland. His research focuses on Blockchain technology (DLT) and Smart Contracts. Tim is part of the team Switzerland Innovation Park Central, DIDAS (Self-sovereign identity) and president of DEC Institute, leading provider of Blockchain certification. 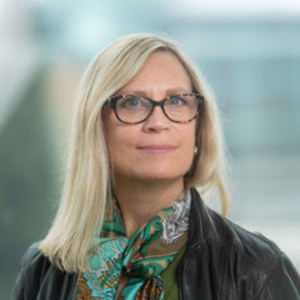 Victoria is an Associate Professor of Archival Science at the University of British Columbia’s School of Information where she is founder and lead of Blockchain@UBC, the University of British Columbia’s multidisciplinary blockchain research cluster now ranked #1 in Canada for blockchain education. Victoria also currently sits on the International Standards Organization’s Technical Committee 307 (blockchains and distribution ledgers). She holds a doctorate from University College London (Archival Studies, 2002) and, since 2005, has been a Certified Information Systems Security Professional (CISSP). In 2020, she received a Blockchain Ecosystem Leadership Award and was named one of Canada’s Top 20 women in IT Security. She is the author and editor of award-winning articles and books, including Building Decentralized Trust – Multidisciplinary Perspectives on the Design of Blockchains and Distributed Ledgers (Springer, 2020) and Searching for Trust: Blockchain Technology in an Age of Disinformation (Cambridge University Press, 2022). 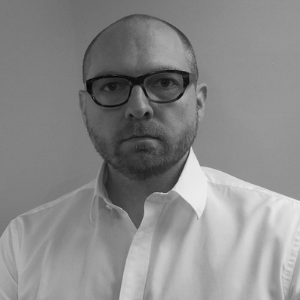 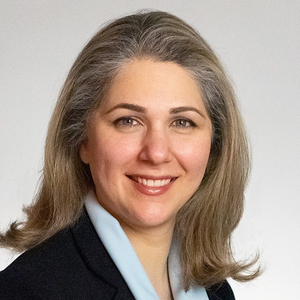 Dr. Atty Mashatan is a Canada Research Chair, an Associate Professor and founding Director of the Cybersecurity Research Lab at the Ted Rogers School of Management. Her research is focused on the development of novel cybersecurity designs based on emerging technologies such as the Internet-of-Things, blockchain technology, and quantum computing. She investigates challenges and opportunities brought forward by these new technologies and how they change the threat landscape of cybersecurity. 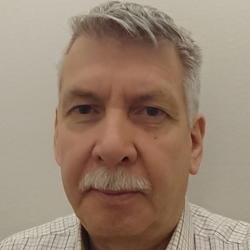 Ben Smeets is a senior expert in trusted computing at Ericsson Research and Full professor att Lund University, Sweden. He joined Ericsson in 1998 and started out working on security solutions for mobile phone platforms. He is currently working on trusted computing technologies in connection with containers and secure enclaves. Smeets holds a Ph.D. in information theory from Lund University and received in 2005 the Ericsson Inventor of the year reward. 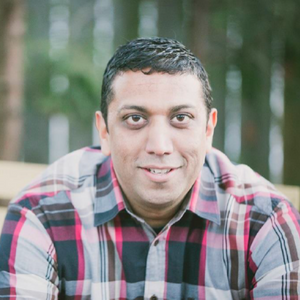 Neel Dayal is currently leading Innovation and Partnerships in the Technology Organization at Rogers Communications Canada Inc. His accountabilities include partnerships with the University of British Columbia and the University of Waterloo focused on 5G Research on smart cities, public safety, transportation and bringing the most advanced 5G technologies to both campuses. He currently sits on the Toronto Board of Trade Innovation Sub Committee and the Canadian Telecom Summit Advisory Board. He is also an active investor and advisor to early-stage companies. Prior to Rogers Communications, Neel has spent a number of years in telecommunications working for Bell Canada and Virgin Mobile in various roles including working on Smart Cities. He also worked as the COO of an Aerospace Manufacturing company where he led the growth of the company to become a Tier 1 supplier to the world's largest OEMs. He graduated from Richard Ivey School of Business and the McGill Desaultels MBA program. 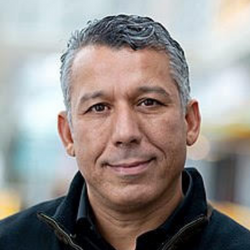 Raouf Boutaba is currently a University Chair Professor and the Director of the David R. Cheriton School of Computer Science at the University of Waterloo. He also holds an INRIA International Chair in France. He is the founding Editor-in-Chief of the IEEE Transactions on Network and Service Management (2007-2010) and recently served as the Editor-in-Chief of the IEEE Journal on Selected Areas in Communications (2018-2021). He is a Fellow of the Engineering Institute of Canada, the Institute of Electrical and Electronics Engineers, the Canadian Academy of Engineering, and the Royal Society of Canada. 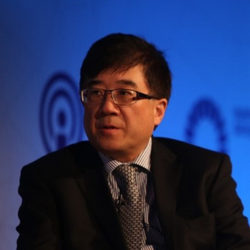 Dr. Wen Tong is the CTO, Huawei Wireless. He is the head of Huawei wireless research. In 2011, Dr. Tong was appointed the Head of Communications Technologies Labs of Huawei, currently, he is the Huawei 5G chief scientist and leads Huawei’s 10-year-long 5G wireless technologies research and development. Prior to joining Huawei in 2009, Dr. Tong was the Nortel Fellow and head of the Network Technology Labs at Nortel. He joined the Wireless Technology Labs at Bell Northern Research in 1995 in Canada. Dr. Tong is the industry recognized leader in invention and standardization of advanced wireless technologies, he is the key contributor to 3GPP since its inception. Dr. Tong was elected as a Huawei Fellow and an IEEE Fellow. He was the recipient of IEEE Communications Society Industry Innovation Award for "the leadership and contributions in development of 3G and 4G wireless systems" in 2014, and IEEE Communications Society Distinguished Industry Leader Award for "pioneering technical contributions and leadership in the mobile communications industry and innovation in 5G mobile communications technology" in 2018. He is also the recipient of R.A. Fessenden Medal. For the past three decades, he had pioneered fundamental technologies from 1G to 6G wireless and Wi-Fi with more than 510 awrded US patents. Dr. Tong is a Fellow of Canadian Academy of Engineering, and he serves as Board of Director of Wi-Fi Alliance. 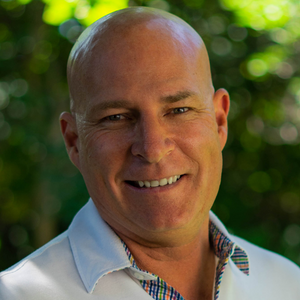 Doug has been driving business transformation across North America for over 35 years. Clients and audiences alike have praised his insightful thoughts around emerging innovations that can disrupt the status quo of any organization. His time in past leadership roles from Director of Channel Development to Chief Business Officer with various industry leading and award-winning companies, has made Doug a highly valued advisor. He enjoys using his real-world experience to help a broad range of entrepreneurial startups, public sector entities and established enterprise corporations implement a sustainable business transformation strategy. As a testament to Doug's experience, Doug has developed and delivered programs in the SAIT School of Advanced Digital Technology, including Digital Strategy and Leadership and Transformational Leadership for Executives. 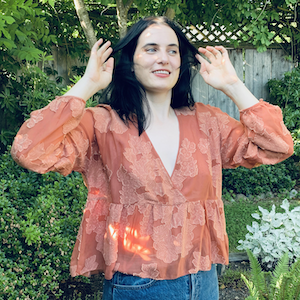 Blake Finucane is the Chief Strategy Officer at Pluto Digital, where she runs both the crypto venture capital investment fund and NFT fund. She also has a number of advisory roles including a blockchain gaming studio. She graduated with her MA in Art History from UBC in in 2018 where she wrote her master’s thesis on how blockchain technology and cryptocurrency can be applied to the art world, under the supervision of T’ai Smith. It was one of the first academic theses ever to be published on “crypto art.” Since this time, she has been featured in top cryptocurrency and business publications, including Cointelegraph and Business Insider, as well as in academic journals such as Leonardo. 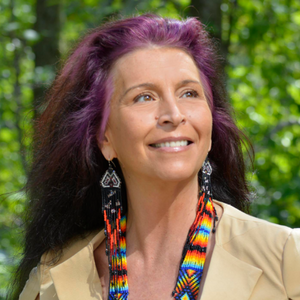 Tamara has an extraordinary understanding of Nation Building, Aboriginal business, First Nations governance, culture, and history. Of the Saulteau First Nation in North Eastern BC, she continues to work on identifying and creating solutions to build healthy Indigenous economies in British Columbia. Tamara completed her Master's Degree in Indigenous Business & Leadership at Simon Fraser University and is currently the CEO at Four Our Future Indigenous Economics. Tamara Goddard has practiced in the arts since childhood. She was mentored by her mother and grandfather in fine arts. Her preferred mediums are ink, fluid acrylics, and watercolor. Her subject matters include painting her visions, dreams, and prophecies. Tamara’s prints have been published by the Federal Government of Canada and her prints can be found as far away as Germany. Tamara is a cultural singer, singer/songwriter, and musician and also has a diploma from Kwantlen Polytechnic University in Interdisciplinary Arts. She also worked with Aboriginal Tourism BC on their Authentic Indigenous Artisan Program and sits on the board of The First Peoples Culture Council. Tamara is currently the Lead Strategist for 400 Drums, a proof-of-concept NFT project that is sharing traditional art as a way of raising funds for underfunded Indigenous Initiatives. 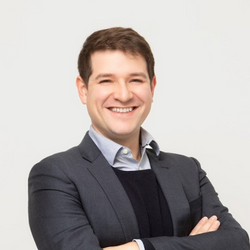 Will Robinson completed his PhD in 2018 in Game Studies at Concordia University. He currently serves as a Core Contributor at Alliance.xyz, a leading web3 accelerator. Before joining Alliance, Will worked in forensic cryptocurrency auditing in Grant Thornton international practice. 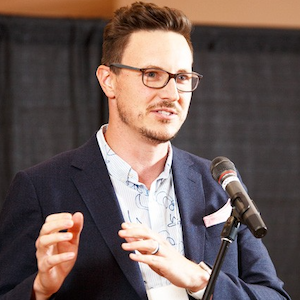 Jeremy Clark is an associate professor at the Concordia Institute for Information Systems Engineering. At Concordia, he holds the NSERC/Raymond Chabot Grant Thornton/Catallaxy Industrial Research Chair in Blockchain Technologies. He obtained his PhD from the University of Waterloo, where his gold medal dissertation was on designing and deploying secure voting systems including Scantegrity—the first cryptographically verifiable system used in a public sector election. He wrote one of the earliest academic papers on Bitcoin, completed several research projects in the area, and contributed to the first textbook. Beyond research, he has worked with several municipalities on voting technology and testified to both the Canadian Senate and House finance committees on Bitcoin.